Progressive Web apps were introduced in 2015. The reason for this was to help provide an app-like experience on the mobile web. The idea of PWA’s was to eliminate the need to download anything from an app store and have all platforms run inside modern web browsers while still delivering an app-like experience.

Until now the biggest difference between mobile web apps and native mobile apps is that native mobile apps offer a better user-experience thanks to having more access to our phone’s hardware functionality. Traditionally native mobile apps could be accessed faster and their overall performance was smoother than the performance offered by web apps on a mobile device. Another benefit previously reserved only to native apps has been the fact they you could build applications in a way that allows them to be used even with no Internet connection. Native mobile apps have always provided a way to sync data back up with the app when network connections were spotty.

Now with Progressive Web Apps, the functions mentioned above can be leveraged in mobile web apps on any mobile device with a supported browser, regardless of operating system and Internet connection availability. Mobile web applications or progressive web apps have the added bonus that they do not need to be downloaded and installed via an app store. Even though they are not native apps they can still be added to your home screen.

Their baseline expands on the original by including the following:

– Must be responsive on tablets and mobile devices.

– Page transitions should be “snappy”, even on slow connections.

– Each page must have a URL.

– The Web App Manifest must now also include metadata before it can be added to the home screen.

Progressive Web Apps have a lower cost and are faster to develop and deploy, than native apps. Most PWAs can be implemented using your current web framework of choice. Many of the current key features like push notifications, pinning to the home screen, offline functionality are meant to emulate an ‘app-like’ experience, supported by an app-like look and feel. PWAs are cross-platform, so there’s almost no need to adapt it for different devices. PWA’s are fully supported by Google, with other key browser developers rapidly coming on board. You’re able to get your app to market faster since there’s no need to first submit to the Google Play store or the Apple App Store. PWAs are fully indexed by search engines, so no need for extra app store marketing efforts. This leads to less friction in getting users to use the app.

PWA’s must work for every user, regardless of browser choice because they’re built with progressive enhancement as a core principle. Progressive enhancement means that the core content will always be available regardless of browser or connection speed. The biggest disadvantage of PWAs is that they aren’t currently supported by all mobile web browsers. Google’s baseline criteria states that a site must work cross-browser and since much of the PWA is developed using standard HTML5 they normally will. What is currently lacking in Safari and Microsoft Edge is support for service workers. Service workers aren’t needed for the site to operate properly, only for the app-like features.

But since Chrome dominates in almost all markets, this shouldn’t be a deterrent from investing in a PWA now. Although this doesn’t guarantee that it will be supported by Safari Mobile anytime soon. It should be noted that Google is already automatically adding an Android wrapper to some PWAs, meaning that on Android devices they can show up in the Apps screen. Progressive Web Apps have demonstrated incredible benefits while reaching your full audience. There are almost immediate benefits for both you as a business owner, and for your audience. 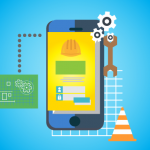 Mobilesoft™ is proud to announce Progressive Web App Builder 1.0! We have added this new feature to the platform in a seamless manner.

Instagram will test hiding the like count from photos, and view counts from videos, in an effort to get users to pay attention

Pyze has raised $4.6 million in funding to expand its platform for AI-driven user analytics and campaign management for multiple marketing channels.