APPLE 4.2.6, THE CURRENT STATE OF AFFAIRS

APPLE 4.2.6, THE CURRENT STATE OF AFFAIRS

If you are an App development company or in the market for an app, I am sure you have heard of the recent change that Apple is making. The plan is to make it more difficult for companies to use DIY or no-code platforms to develop software they’d like to have hosted on Apple’s popular online store. The new rule, 4.2.6, was released during Apple’s annual Worldwide Developers Conference in June. Rule 4.2.6 stats, “Apps created from a commercialized template or app generation service will be rejected”.

The issue is, for the last year, no-code platforms and DIY app services have exploded in popularity, bringing the ability to create mobile apps for most small businesses, regardless of technical background. This offers a way for small businesses to be competitive with larger companies, at least in the mobile app sector, But now that level playing field is at risk, with this it could be a great loss to small businesses that are wanting to create an app but don’t have the budget to do it.

Jason Soto with Mobilesoft™ says, “As a professional mobile app developer, MobileSoft has the ability to build anything, but, as we know, the overall goal with the small business community is to keep costs at a minimum. The result of Apple’s 4.2.6 guideline addition will ultimately drive development costs higher, which will need to be passed down.   It would be a different story if the guideline affected how many “fart” and “burp” apps were being made, but this change basically tells small business owners they can’t compete with the large corporate brands unless they have $20k-$40k to invest in native development. “

In today’s digital economy, small business owners want to give their customers more convenient ways to do business.   A mobile application is a great way to communicate and retain clientele, while continuing to build brand awareness. But, with this new change, the small business community will be greatly affected by bearing the higher cost if they want a mobile app on Apple’s App Store.

With this set in place it will higher the quality of apps on the app store but at the cost of cutting out smaller developers to compete with larger companies due to budget. Large companies with the budget they possess can hire multiple developers working on the same project and in turn leads to better end product. That cannot be said the same for smaller companies, this pushes them to be able not to compete with the high budgeted products. They will have to get higher paid developers, pushes into their budget and will ultimately cut small business out.

“4.2.6 sounds great on the surface, native mobile apps offer a level of customization and feature availability that is unmatched by cheaper alternatives. However not every small business has 10k to create a competitive native mobile app. The hybrid solutions targeted by 4.2.6 were a great way for smaller businesses to be able to stay relevant in the modern technological age without breaking their bank”. — Steve Carleton, technical director Intelitech

With all of this being played out Android will stay the same. Nothing will change. This will have no impact on the creation of Android apps and/or the creation of Progressive Webs Apps.

Android will have the ability to showcase and build their name up to assist small business by allowing them to continue to apply to the Google play store.

With this shift it is important to remember that apps represent 90% of the time spent on smartphone but the web is even more popular with 3x more traffic.

Several technological paths are therefore open for the future of apps and it is difficult to predict which option will prevail.

So you made the decision to get a mobile app to expand your business into the digital realm. Congratulations! 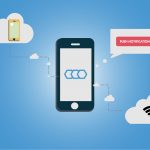 Progressive Web apps were introduced in 2105. The reason for this was to help provide an app-like experience on the mobile web.