Posted on Aug 12, 2019 by Mobilesoft
Ever wonder what drives someone to use (or not use) a mobile app? Or what type of mobile app they’re likely to use the most?

Or how much time they’re spending on the mobile apps they download?

We wanted to gather stats, facts, and projections you can use to make sure your own mobile app aligns with what your target audience is actually doing.

Pulling research from ComScore, The Mary Meeker Report, Statista, App Annie, and more to bring numbers and insights that matter most.

According to the 2017 Mary Meeker report, the number of hours spent on the internet is still increasing each year, but the split between desktop and mobile is becoming more and more pronounced. In 2016, Americans were spending 3 or more hours per day on mobile and just 2.2 hours per day on a desktop or laptop. The number of mobile app downloads each year has been steadily increasing. In 2017, there were 178 billion app downloads. That number is projected to grow to 205 billion this year, and 258 billion in 2022—a 45 percent increase over five years. In 2016, the total revenue from mobile app downloads, advertising, and in-app purchases was $88 billion—this number is projected to pass $188 billion in 2020. A 113 percent increase over four years may sound crazy, but the numbers reflect that consumers are becoming more attached to their mobile devices and more comfortable making in-app purchases. When it comes to which mobile app categories smartphone users are spending the majority of their time in, social networking apps are on top at 20 percent of total usage time, and music apps, like Spotify and Apple Music, come in second at 18 percent. After shopping online, 42 percent of consumers use a shopping app or communication app. (Statista)

When a smartphone user shops online—either in their web browser or on a mobile app—the next type of app they open is most likely to be a shopping app or a communication/social app. This suggests that users like to keep the momentum going and continue shopping. The younger demographics are spending more hours using mobile apps. The average 18- to 24-year-old spends more than three hours a day using mobile apps on their phone while people 55 and older spend less than two hours.

Mobile users are spending 87 percent of their time in apps, versus just 13 percent on the web. (ComScore)

The split between mobile app usage and mobile web usage is becoming more lopsided. In 2017, smartphone and tablet users spent 87 percent of their time in apps. This means that for every hour spent on the web, users were spending nearly seven hours using mobile apps. Millennials are three times more likely to be excited about new mobile apps and features than older users. (ComScore)

In 2017, 21 percent of millennials said they deleted a mobile app because they didn’t like the app logo. (ComScore)

According to ComScore, more than 20 percent of all millennial smartphone users say they’ve deleted apps simply because they didn’t like the way the logo looked on their screen. Functionality and benefits aside, if the color and design of your mobile app logo doesn’t fit the user’s expectations, the chances of your app being deleted will increase.

Smartphone users spend 50 percent of their time in one app & 97 percent in their top 10 apps. (ComScore)

76 percent of millennials say their phone is useless without mobile apps & 74 percent open an app when bored. (ComScore)

Millennials have become reliant not just on their mobile phones generally, but on the apps they’ve downloaded to their phones: 76 percent of millennials said their smartphones would be useless to them without mobile apps, and 74 percent said the instant they feel bored, they open an app on their phone. In addition, 63 percent of millennials say they click on new notifications right away.

The percentage of smartphone users that allow push notifications is up 16 percent from 2016. (ComScore)

To build on the last key insight, smartphone users are also allowing mobile apps to send push notifications more frequently. From 2015 to 2016, the percentage of users who often allow notifications dropped from 33 percent to 27 percent, but that number rebounded 16 percent in 2017 to almost half of all total users.

Hopefully this helps you think a bit more critically about the direction you’re taking your own mobile app. Understanding what your audience is actually doing can be the difference between a mobile app that completely misses the mark and one that’s wildly successful.

If you have an idea for a mobile app and need some help getting started, we’d love to chat. Visit Mobilesoft for more information and schedule a call with one of our Project Managers. 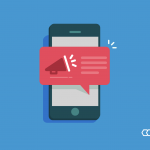 As of today, we find ourselves receiving more push notifications. It helps us stay informed and keeps us on track.

How does a mobile app help in increasing your business revenue?

How does a mobile app help in increasing your business revenue? Digital leaders have an edge over their industry competitors. 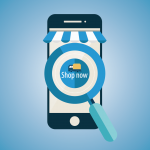 How can you use your app to drive customers to your store?

There are so many ways to get customers through the doors but one, in particular, is by using mobile apps.